Current Status: 1-1 and 1-2 relatively complete, 1-3 not started, yellow switch not started, 1-4 missing custom boss (will be coded by me) 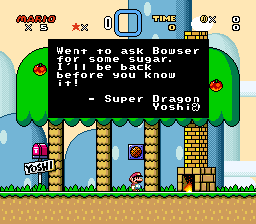 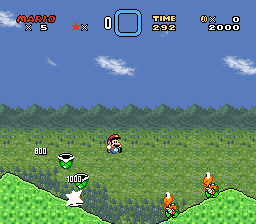 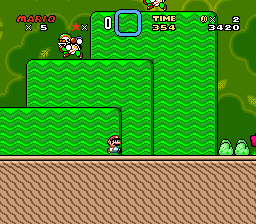 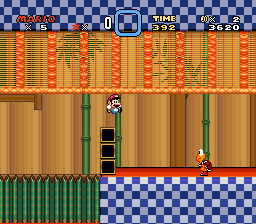 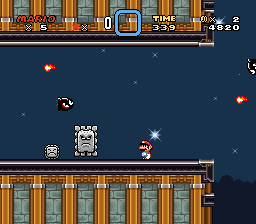 In progress | Preview (needs to be redone)

Composition: Koji Wada
composed with the help of a piano tutorial but might try to find a midi soon

In progress | Preview (kind of offkey?)

In progress | Preview (kind of offkey?)

Burners: This was like my first ever sprite that I released and it's basically me trying to copy Akaginite?'s VIP5 burners and people liked it and I'm just like??? wha. Anyway, standard SMB3 sprite, fires off a flame either to the left or right depending on extra bit? (need to check) or up or down, depending on the sprite. Think of it kind of like a shooter. Much love to Rykon-V73 for slightly editing it for userfriendliness.

Leaf Shield: One was VIP5, the other was fucking Brutal Mario. ugh man. Much love to both hacks though. You put it on with R and you fire it with R and it's an instakill shield. I don't know what use this has since it overpowers everything.

Fire Stalking Piranha Plant: This has the name of an enemy from the M&L remakes, but it's just a VIP5 enemy. Again, I think it's Akaginite, but I wanted to make it for a ASM hack I never finished? woo. Walks back and forth and spits out fireballs, could be handy for territory control.

Rat Tank: Basic riding sprite based on the one in Goemon 2: Kiteretsu Shogun McGuinness. Can fire projectiles. Pretty hard to make all things considered, much thanks to Von Fahrenheit and many others for helping me make this. Slight warning, can't enter pipes, that's likely why Yoshi starts accessing the Yoshi parts of Mario's code once Mario gets on board. Also doesn't really cooperate with sprite platforms. ratte

Gravity levelASM + control blocks: Inspired by VIP5 and Brutal Mario once more (Bowser's Castle and Gravity Fortress), however it works differently. You have the option to make the on-off status correspond to low gravity (higher jump), high gravity (lower jump) or regular gravity, along with blocks that control the on off state by just being in them, simulating being in the outdoors of space, without needing to use on-off blocks. I also plan on making one that uses free RAM for those that don't want it tied to On/Off or just be a binary situation.

Koopaling+ vol.1: Basic boss, inspired by VIP5, again, this time Ludwig. It won't be a 1-to-1 copy because I've forgotten most of it. Could serve as a custom boss for a hack. It also won't be very customizable and it might be better off because of that. Sorry 4 party rockin

stuff not by me

Carol's Homing Bill: This motherfucker is really funny and i cherish it with all my heart,, i dont want it to become lost so i updated it to work on pixi and its routines and gave the shooter some firing noises and smoke. Probably had some in the Sprite Spawning Routine but oops i'm using a PIXI routine. I guess you could use it for like, a VIP inspired stage? If you want a less jank or brusque one Akagi's is right there. I just like this one because I'm a nostalgia whore.

Easy Mode 7: Slight alterations to the LevelASM so you don't have to finagle with where files are placed due to how %prot_file() works in UberASMTool. Due to how it expects the upload routine to be in bank 30, expand your rom to at least 2MB before patching this or it will become unrecoverable. Remind me to update this to SA-1 soonish, should be but a jiffy. Credits to ExE Boss, HuFlungDu and Mathos.

For Mode 7 hacking, well... Study linear algebra, trigonometry (it's a pain but it'll help you understand, need to get cracking myself!) and use commercial SNES game code to help you learn (set the registers as breakpoints in bsnes-plus or Mesen-S and walk through the code, assuming you know how to debug). This video should explain some basics, but try to upload a Tilemap onto Mode 7 in your hack and mess about with it a bit to get a feel for the registers, see the SMWC RAM Map, regs.txt and other documentation for info. Here's also some ancient ass findings? They're not a proper tutorial, but they could help guide. For creating Mode 7 graphics use M7 Map (to make Tilemaps), SNESGfx (to get the tiles) and YYCHR (to paste them in the template file).